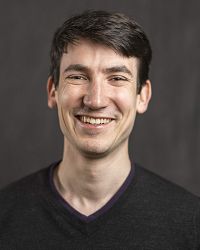 Ben Furnas ’06 serves as executive director of The 2030 Project: A Cornell Climate Initiative. He is a recognized expert in public policy, infrastructure, sustainability, energy, and municipal government.

Furnas previously served 8 years in the New York City Mayor’s Office, culminating as Director of the Mayor’s Office of Climate and Sustainability. During his time in the Mayor’s Office, he worked collaboratively with partners inside and outside government to spearhead nation-leading initiatives to decarbonize the city’s buildings, improve street safety, develop renewable energy, expand worker protections, embrace sustainable transportation, reduce the climate impact municipal operations, and advance environmental justice.

Major accomplishments include the passage of a landmark law restricting fossil fuel use in new buildings – the first-ever such law in a large four-season city; an agreement to power New York City government operations with 100% clean and renewable electricity catalyzing the development of two new transmission lines that will carry enough electricity to power 2.5 million homes with zero-carbon power; launching “Vision Zero” – a nation-leading street safety initiative to transform New York City’s streets to be safer and more pleasant for walking, biking, and taking transit; a $420 million investment in electric vehicles and charging infrastructure to electrify New York City’s 30,000 municipal vehicles by 2030; and a $4.6 billion investment towards decarbonizing municipal buildings and operations in America’s largest city.

As executive director of The 2030 Project, Furnas works with Cornell faculty, staff, and students to accelerate large-scale solutions to climate change through collaboration with internal and external partners.